Interrupting & Redirecting How a Micromanager Interacts With You

So much of what I do on a daily basis is help clients subtly influence and redirect the undesirable behavior of others.
Here's a perfect example of what that often looks like…
My Client's Challenge:
(To respect client confidentiality names have been changed and some details have been omitted. In fact, I may or may not have changed the genders so don't get caught up in the fact this example includes two women. The  resulting strategy would have been the same no matter if it was two men, two women, or one of each.)
CLIENT NAME: Kayla
INDIVIDUAL TO WHOM KAYLA REPORTS: Patty
PATTY'S UNDESIRABLE BEHAVIOR:
1. Making Everything a Priority
Patty makes every issue a top-priority and treats it with the same sense of overwhelming urgency. Everything is important which means Patty's priorities for Kayla and her team change daily making it difficult for them to focus and deliver on what they've promised.
Even worse, when their previous priorities suddenly become a priority again in Patty's mind, she becomes frustrated and angered when she learns Kayla's team hasn't delivered due to the distractions created by the newer, more recent priorities Patty has presented. This elicits Patty's second undesirable behavior...
2. Micromanaging
Once Patty becomes frustrated and angered, she becomes quite controlling. With intense scrutiny, she constantly questions the work of Kayla and her team, whether warranted or not.
How did we decide to handle this situation?

Well, when faced with difficult situations like this, I encourage my clients to stay laser-focused on what's most important while using the following three steps to guide their thoughts and decision making.

As a result of doing this, Kayla and I developed template responses she can use to mitigate Patty's micromanaging and better navigate the daily onslaught of new priorities. Here's how we did it...

Step 1: Get Your Head Straight
I'm not suggesting that you agree with or accept the behavior but rather, have compassion for the other person and what might be going on in his or her world that is eliciting this behavior.
As she reflected on and explored this situation, Kayla identified several important pieces of information that needed to be factored into her analysis of this situation. Three of the most important were:
This led Kayla to wonder if perhaps Patty was under intense scrutiny from the organization's Executive Leadership, and perhaps she was feeling a sense of overwhelming urgency to remedy the situation. Could this be the root cause of her untrusting and autocratic behavior?
We also discerned that Patty's preferred DISC behavioral style was likely a DC/CD.
This is important because what it tells us is that when Patty is faced with conflict and presented with her biggest fears - getting things wrong and failing - she is likely to become autocratic and demanding. This insight further reinforced our suspicion that Patty's behavior and interactions with her team were driven by her fear of not meeting her leadership's expectations.
LEARN MORE ABOUT DISC
BEHAVIOR FOLLOWS MOTIVES
Step 2: Gain Clarity Regarding Your Motives
Prior to deciding how you will respond to a challenging situation, explore your answers to the questions below. In doing so, you will...
What is the outcome you seek?
What do you ultimately want to accomplish?
FOR YOU?

Kayla wants a trusting relationship with Patty where they engage in ongoing, open, and relaxed dialogue that results in:

A cohesive team of individuals working together to achieve the organization's short-term initiatives and long-term vision.

Step 3: Identify Your Next Best Step to Begin Interrupting & Redirecting the Behavior
(while simultaneously moving closer to your desired outcomes)
1
To more effectively navigate Patty's micromanaging, we strategically crafted a 3-PART TEMPLATE APPROACH FOR RESPONDING when Patty inquires about or second-guesses the team's work.
PART 1
Acknowledge and thank her for the question
PART 2
Provide the Information She Wants In the WAY SHE WANTS TO RECEIVE IT
PART 3
INVITE FEEDBACK AND ADDITIONAL QUESTIONS, AND ENCOURAGE HER TO SHARE CONCERNS
Yeah...I know...this seems rather simple and unimpressive. But trust me, there is some subtly behind it that will help mitigate the micromanaging so keep reading!
PART 1
Acknowledge and thank her for the question
She needs to know you are listening, paying attention to what she has to say, and caring about the same things she cares about.
If you ignore her, take too long to acknowledge the inquiry, or show visible frustration and irritation, it will only add to her anxiety and exacerbate her undesirable behavior.
It can be something as simple as...
PART 2
Provide the Information She wants in the way she wants to receive it
To reduce her anxiety and provide her with a greater sense of control, demonstrate why she should have confidence in you and your team. Don't tell her, show her.
With a neutral-to-positive tone, succinctly and directly respond to her inquiry. Give her what she needs to know - the WHAT, WHY, WHEN & HOW - in three key sections...
This is a very subtle way of saying, "Relax. We got this. Now get off our backs."
(Of course, I'm assuming you do have it under control. If not, and her concerns are warranted, well then that's an entirely different conversation we need to have.)
PART 3
invite feedback and additional questions, and encourage her to share concerns
Although it may seem counter-intuitive, this will demonstrate that you view her as a strategic thought-partner and value the relationship.
Assuming she has expertise and guidance to offer and making it easy for her to do so, will strengthen her trust in you.
Ask in ways that invite dialogue...
Over time, as you consistently, openly, and transparently respond in this manner...
(Plus, you'll begin to anticipate and preempt her questions even before she has an opportunity to ask them.)
But this isn't going to happen until she's had several opportunities to experience this so use this situation to your advantage by adopting this template approach.
2
We strategically crafted a template approach for better managing the daily onslaught of new priorities that seem never-ending.
This needed to be a bit more nuanced given the variety of situations that can be presented so we decided to use the Four Ds of Time Management to create some structure for it.
As Patty introduces new projects and tasks, Kayla will decide which of the Four Ds of Time Management (Do Now, Decide When, Delegate, or Dump) will guide her decision making as to how she responds.
(These template approaches can be used for all projects and tasks no matter their size.)
DO NOW
EXAMPLE
"I agree this needs to happen ASAP. Randy is working on the Q4 report this afternoon. I'll ask him to set that aside for now and work on this. Knowing Randy, he'll only need four to five hours to get this done so he'll likely have it ready for you by mid-morning tomorrow. He'll jump back on the Q4 report after that. Accounting was hoping to have that by end-of-day tomorrow. He's moving right along with it, but if we divert his attention to something else this afternoon, he'll likely need time on Monday to finish it up. I'll let accounting know. Let me know what your thoughts and questions are. Otherwise, assume Randy will begin working on this when he returns from his lunch meeting."
DEFER & DECIDE WHEN
EXAMPLE
"Patty, I agree we should jump on this as soon as we can. Dalia and David are with clients the rest of this week. Randy is finishing up the Q4 report that accounting expects in their hands by end-of-day tomorrow. He's on target to make that happen but will need the rest of the week to get it done. That, of course, takes us into the weekend. I'll get with Randy this afternoon to confirm he can start this on Monday. Go ahead and assume THAT is the plan unless you hear from me otherwise. As always, let me know your thoughts and any concerns you may have. I'll keep you posted on our progress."
DELEGATE
EXAMPLE
"I wanted to let you know I received this request. After pondering it, I'm not sure it is the highest and best use of our team's time right now. We're laser-focused on getting the infrastructure in place to begin training on the new system in two weeks. It's all-hands-on-deck and I'm finding it difficult to justify diverting my team's attention to anything else when we've made it clear to them our two-week deadline is non-negotiable. If you feel differently, let me know.
What you're asking for is important so if you're comfortable with it, I'll reach out to Scott to see if his summer intern can work on this. It might be a great learning opportunity for her. I'll make sure Dalia and David are available to provide guidance and to consult with her whenever she needs it. And of course, they'll review and approve her work prior to passing it on to you. That won't be too terribly time-consuming for them. Let me know what thoughts and/or questions you have."
DUMP

Acknowledge the new priority and engage in a quick discussion to better understand from her perspective why this may be important.

If you are convinced this would be ineffective use of your team's resources, push back and explain your hesitation. When you are thoughtful and intentional with when and how you do this, others will come to realize that when you push back they should pay attention because you don't do it often.

EXAMPLE
"Do you have a few minutes to chat about this? I'd like to learn more from your perspective why this is important. Perhaps you can help me understand where it fits in the bigger picture because I am currently struggling with why it should be prioritized over any of the other initiatives we're focused on right now. It doesn't quite seem like a good use of our limited resources but perhaps I'm missing something. Do you have a few minutes this afternoon or tomorrow morning to explore whether this is really necessary?"
Pulling It Together
When faced with difficult situations, stay laser-focused on what's most important while using the following three steps to guide your thoughts and decision making.
STEP 1
Get Your Head Straight
STEP 2
Gain Clarity Regarding Your Motives
STEP 3
Identify Your Next Best Step to Interrupt & Redirect the Way in Which Someone Behaves and Interacts with You
Give this a try and shoot me a message on Twitter, Facebook, or LinkedIn to let me know how it goes. 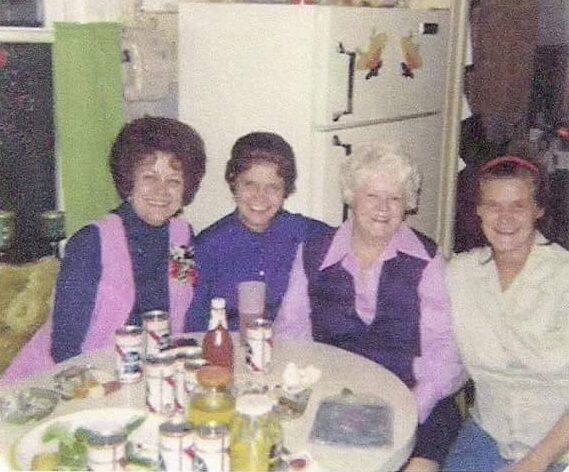 I saw this meme the other day:and it reminded me of this photo:When the war broke out and millions of men left their jobs to… 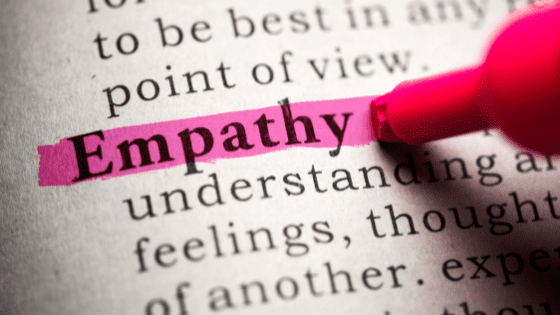 LEADERSHIPthe harnessing of social influence to maximize the efforts of others toward the achievement of a shared goal To lead others more effectively, here’s what…

A Foundational Principle Upon Which You Can Improve Your Communication SkillsTo dig into this principle, let’s begin with two questions: WHO is the most important… 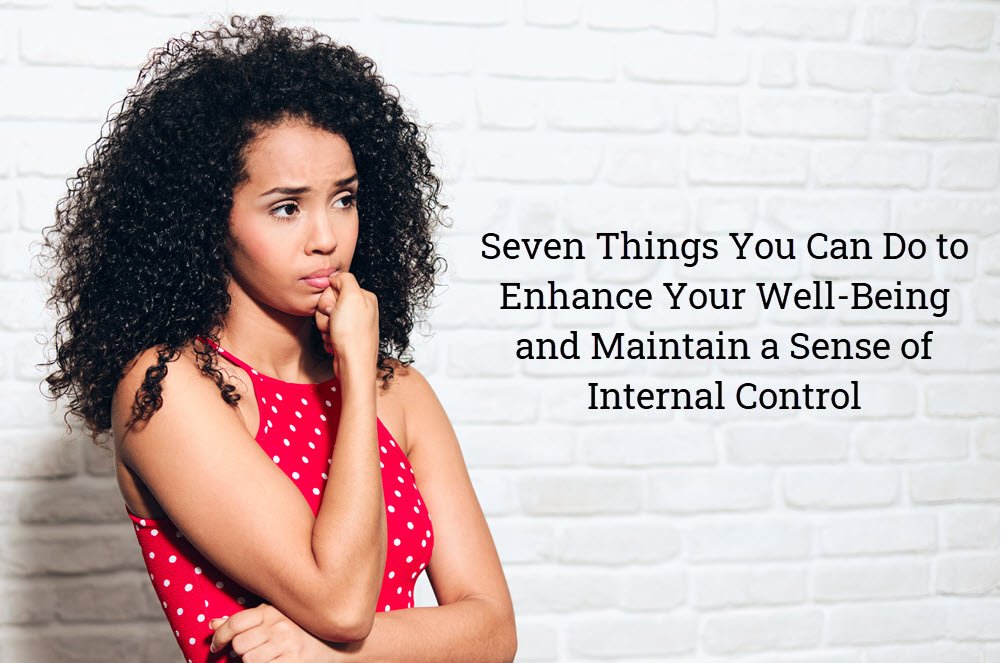 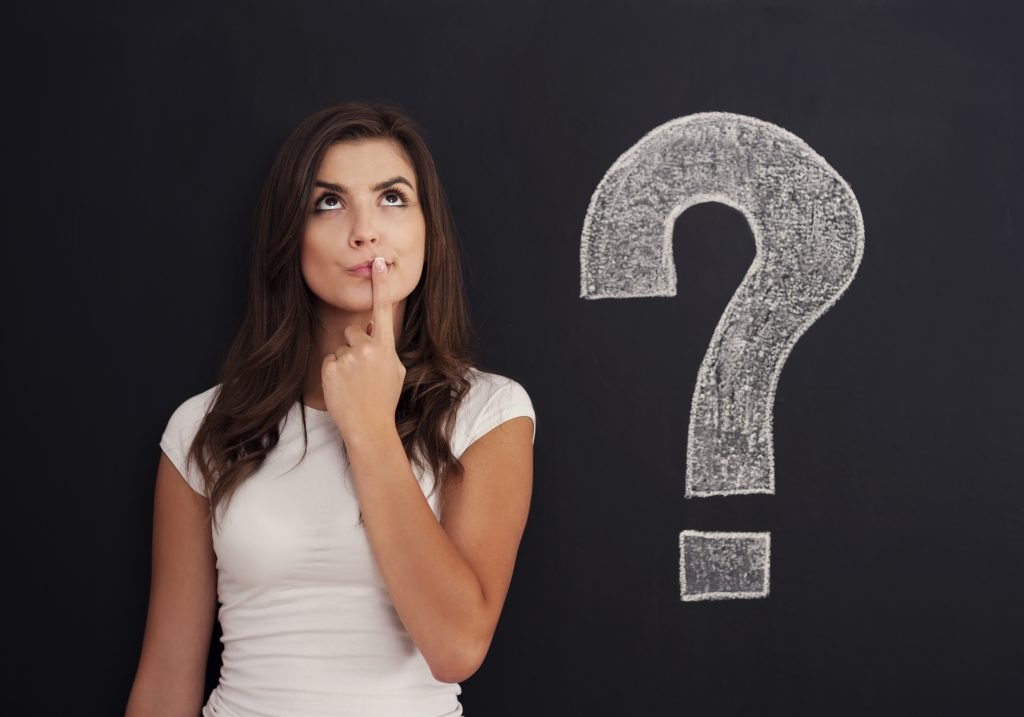 When my clients are discontent and complaining about how life is playing out for them, there are five questions I typically ask to get them…

Please log in again. The login page will open in a new tab. After logging in you can close it and return to this page.

Please confirm you want to block this member.

You will no longer be able to:

Please note: This action will also remove this member from your connections and send a report to the site admin. Please allow a few minutes for this process to complete.